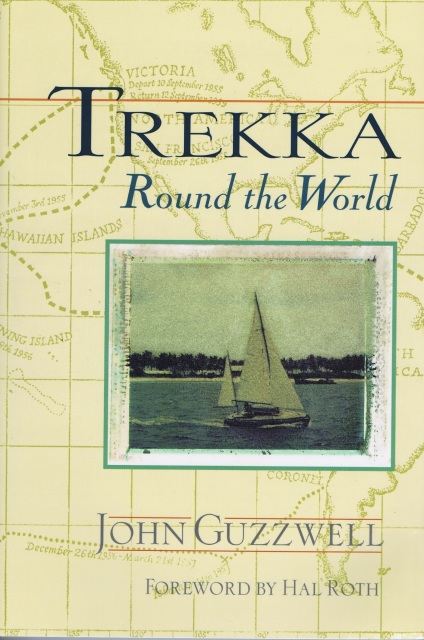 John Guzzwell’s, Trekka Round the World, is a classic international story of Guzzwell’s circumnavigation on his 20-foot yawl Trekka. During his voyage, John leaves Trekka to crew for the Smeatons aboard Tzu Hang, and off Cape Horn, they survive a pitchpole. In the 1999 edition epilogue, Guzzwell recounts his experiences and sailing adventures since the book first appeared in the 1960s, includes a foreword by America’s renowned bluewater sailor-author Hal Roth, previously unpublished anecdotes and photographs, including his recent accomplishments in his Endangered Species, in which he competed in the 1998 Singlehanded TransPac Race.

Sold out
Add to Cart