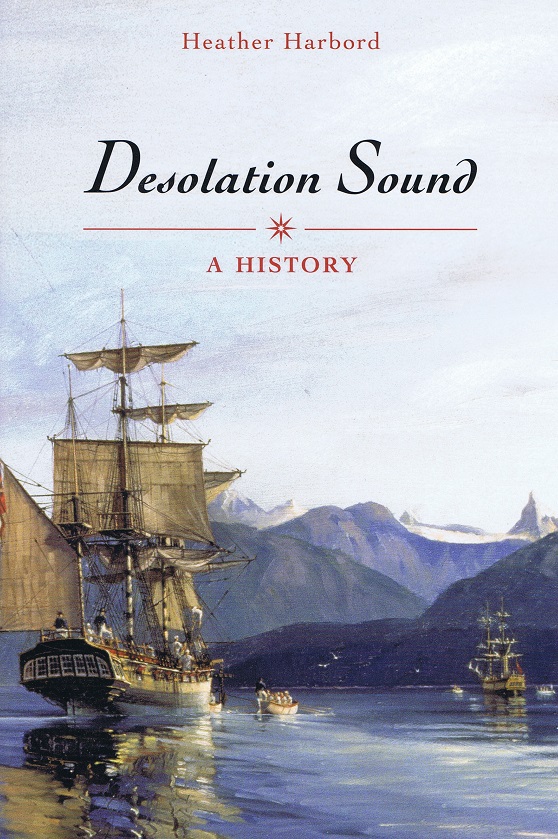 Beautiful Desolation Sound, 150 km north of Vancouver, has for many years been the most popular cruising destination on the BC coast, but is today almost as devoid of local occupants as it was in 1792 when the dyspeptic Captain George Vancouver gave it its misleading name. It has not always been this way. Thick clamshell middens in remote bays, rotted pilings on silent estuaries, ambitious stone terraces on vacant hillsides, overgrown fences around deserted fields, even abandoned railroads--all contribute to an impression that this is an area full of ghosts, an area with a storied past.

In Desolation Sound, author Heather Harbord details that remarkable past and brings those ghosts back to unforgettable life. We meet Mike Shuttler, the Homer-quoting hermit who figured in famous books by Stuart Edward White and M. Wylie Blanchet. We meet his illiterate neighbour Phil Lavigne, who said, when Shuttler died, "All dem words, and 'e 'ad to die like all de rest of us!" We meet "the Cougar Queen of Okeover Arm," who said, "Living in the bush like I do, a gun is as much a part of my household tools as a vacuum cleaner is in the city." We visit Baloney Bay, a sprawling Depression-era logging camp where human life had so little value they piled accident victims in a heap and didn't bother moving them until the end of the working day. We meet Sliammon chief Joe Mitchell, whose ancestors had an aboriginal city with buildings 200 feet long in now-deserted Grace Harbour. Harbord assiduously tracks down all the old legends that cling to the shoreside trees like Spanish moss, debunking some, confirming many.

Desolation Sound is a captivating book full of great characters, heroic deeds, humorous anecdotes and well-researched fact. It fills a crucial hole in the history of the BC coast.