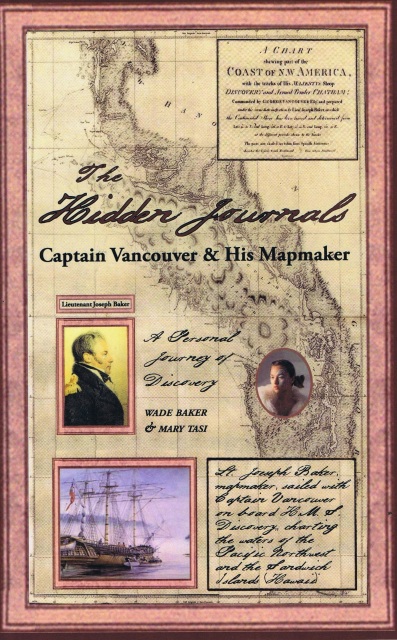 The Hidden Journals: Captain Vancouver & His Mapmaker by Wade Baker and Mary Tasi sheds new light on the voyages of Captain George Vancouver and Lieutenant Joseph Baker, the mapmaker on HMS Discovery. As a boater, it is hard not to be curious about Vancouver and his voyages to the Northwest Coast from 1790-1795. Many of the places we cruise to bear the names of members of this voyage of discovery and now the cities of Vancouver, Vancouver Island, and Mt. Baker now have new meaning and a personality behind them. This book breaks through a number of previously known facts about Vancouver’s voyage and starts to fill in many gaps with many new revelations.