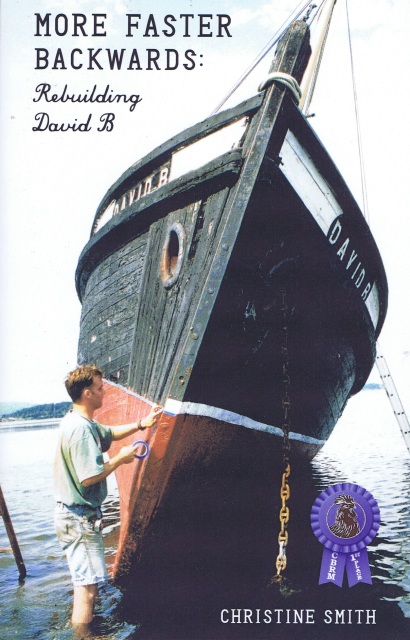 ON JUNE 16, 2006, the David B left Bellingham, Washington bound for Juneau, Alaska, on her maiden voyage as a passenger vessel. Eight years earlier, Christine and Jeffrey had found the David B tucked behind a breakwater on Lopez Island. The tired old wooden boat, built in 1929, was showing her age. When the young couple stepped aboard the neglected vessel, her sturdy work-boat style captured their hearts with an ageless beauty that only the young dreamers could see. Their desire was to own and operate a small expedition cruise ship in Alaska. With their love for one another and without much income, they pinned their hopes and sheer will on rebuilding the dying boat. What they thought would be a two-year project, became an eight-year tug-of-war between time and money as they raced to finish rebuilding the David B before it was too late. More Faster Backwards is the story of Christine and Jeffrey’s uncertain struggle to rebuild the David B and their journey to Alaska on an untested seventy-seven year old boat to begin the life of their dreams.