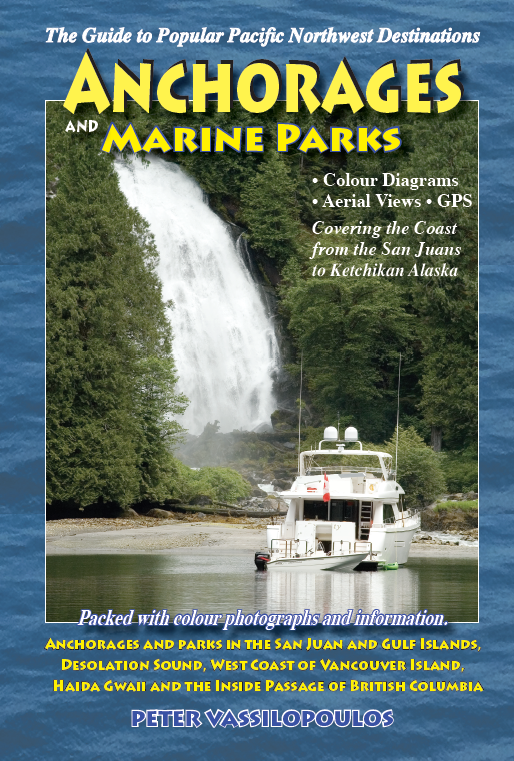 NEW EDITION FEBRUARY 2019: Anyone traveling up and down the coast of BC will be gratified to find places to anchor outlined in this book. It covers the coast from the San Juan Islands to Foggy Bay in Alaska.

Anchorages and Marine Parks is a companion guide to Docks and Destinations. It is an invaluable reference to anchorages and marine parks on the British Columbia coast and in the San Juan Islands. Hundreds of color photos, many aerials, useful maps and diagrams, GPS coordinates and expanded coverage on the west coast of Vancouver Island and Haida Gwaii. The many anchorages are illustrated with diagrams and photos that include all the popular cruising spots, such as the Gulf Islands, the West Coast and the Inside Passage. Scuba diving and kayaking regions are also included in this user friendly book.