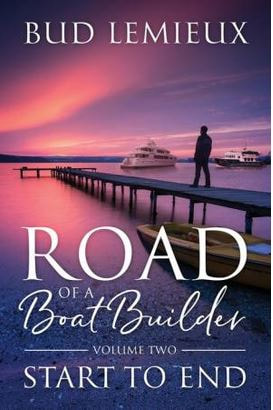 Road of a Boatbuilder: Start to End

Think back to when you were younger. What did you want to be when you grew up? Now take a look at where you are today. Are you what you said you would become? If not-why? Is it that your goals changed, or is it because you abandoned your more ambitious dreams in favor of more practical ones? When Bud LeMieux was a boy, he began building boats as a hobby and had constructed six vessels before finishing high school, starting with an eight-foot pram and ending with an eighteen-foot power catamaran. He continued his hobby into adulthood, pursuing it part-time as he sampled college and found employment at a great-paying job. But Bud wasn't happy at his job. His passion remained elsewhere. So, he did what few of us are brave enough to do and left his good paying job with full benefits, determined to build boats not as a hobby, but as a career.