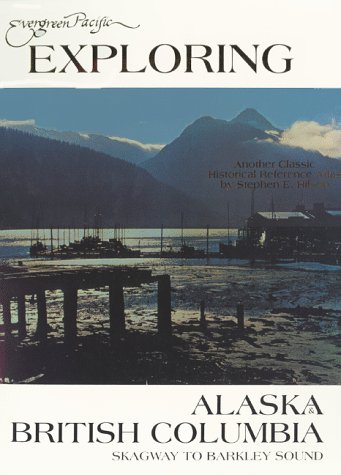 These charts cover the West Coast of Vancouver Island north to Skagway, Alaska. Aerial photos enhance the historical charm of this book and its index of over 3,000 locations is extremely helpful. Read about "spruce beer," the "Great Flood" that surrounded Dora Mountain, Skagway’s Soapy Smith Gang, the pelicans in Juneau, the Russian spa near Sitka, fox poachers, the revenge of the Tlingit Indians on Whidbey Island, and much, much more.

This classic historical atlas by Stephen Hilson demanded up to $150 for a used copy before it was republished in 1997. This reissue of Hilson’s nautical atlas contains reproductions of government charts filled with historical anecdotes.

This is another Hilson atlas that will truly inspire dreams of voyages taken in the past and dreams of voyages to be made in the future. (For another classic Hilson historical atlas, see Evergreen Pacific Exploring Puget Sound & British Columbia.